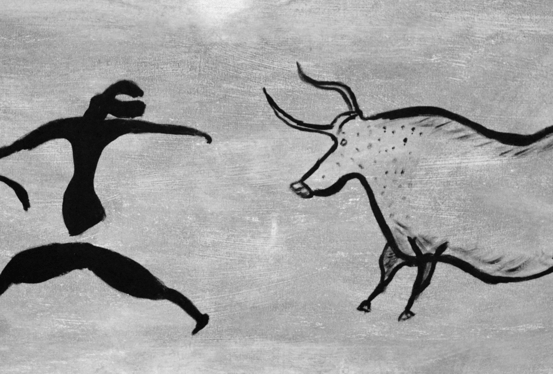 As an entrepreneur/marketer, you know how much public relations can help grow your business. You have probably partnered with an agency, researched its value adds and contemplated its ROI. And you’ve leveraged content marketing, press releases, and media relations. But did you know PR also has a rich, colorful history full of insightful stories that we can all learn from, even today? Without further ado, here are 12 fun and fascinating PR facts:

Once Upon a Time…

1. It Started with Cave Art: PR goes back to the earliest days of civilization. From communicating through cave drawings to Egyptian pharaohs’ “sacred carvings” and Greek noblemen learning rhetoric from sophists, communications management is an age-old practice. (Source: The Museum of Public Relations)

3. First PR Agency: Modern PR dates to 1900, when the first public relations agency, “The Publicity Bureau,” was founded by former Boston journalists. The agency operated for “some 12 years before it disappeared into the sands of oblivion.” However, PR continued to grow throughout the early 1900s thanks to popular pioneers such as Ivy Lee and Edward Bernays (we’ll get back to them later). (Source: Journalism & Mass Communication Quarterly)

4. Building Trust During the Great Depression: The Great Depression touched every aspect of American life – including the communications business. Due to the economic downturn, companies primarily sought to build trust rather than sell products. The result? Most turned to PR over marketing, with PR even getting top billing on organizational charts! Advertising spending, meanwhile, plunged by more than 60 percent between 1929-1933 and would not fully recover until after World War II. (Source: MuckRack; Encyclopedia.com)

A Walk Down Memory Lane…

5. First Press Release: The first press release was published in October 1906 by Ivy Lee on behalf of the Pennsylvania Railroad. After a tragic accident, Lee issued a statement to reporters rather than concealing the facts, and the first press release was born! The release secured praise for the railroad’s honesty and was even reprinted in the New York Times. (Source: Meltwater)

6. Reforming the Rockefellers: Speaking of Ivy Lee, in 1914 he achieved another PR milestone when the wealthy Rockefeller family hired him to reform their image. A deadly coal strike had put the family under intense public scrutiny, and Lee organized an in-depth campaign to secure positive goodwill. His tactics include government relations, media relations and even public appearances that sent John D. Rockefeller to meet with the miners personally. The campaign pushed PR onto a much larger platform than ever before and helped define the industry’s relationship with corporations. (Source: Journal of Public Relations Research)

7. Johnson & Johnson’s Classic Crisis Case Study: Ivy Lee may have pioneered crisis communications with the press release and Rockefeller campaign, but Johnson & Johnson perfected it during a 1982 Tylenol recall. When news of Tylenol bottles laced with cyanide created a nationwide panic, many thought J&J’s reputation would never recover. But the company’s stellar response – including national media statements, pulling all Tylenol from shelves, and introducing tamper-resistant seals – earned praise from outlets such as The Washington Post and delivered a rapid post-crisis comeback. Today, Johnson & Johnson’s recall is considered one of the most successful examples of crisis communications. (Source: PR Week)

8. PR Gets Real About Beauty: Not all memorable moments in PR’s history come from crises. In fact, one of the most popular campaigns of the modern era – Dove’s “Real Beauty” campaign – was simply about making us feel good! In 2004, Dove’s research found that only 2% of women consider themselves beautiful. “Real Beauty” aimed to change idealized depictions of beauty by using “real” women as spokespeople, models and more. Today, Dove has become synonymous with the campaign, and many other companies, such as CVS, Aerie and J. Crew, have jumped on the “Real Beauty” trend. (Source: Dove, Glamour)

Behind the Scenes with PR People, Real or Make Believe…

9. Stars of the Small Screen: Olivia Pope, Samantha Jones, Don Draper – these three names aren’t just popular characters, but ultra-savvy PR and advertising pros! While our real lives may not be as glamorous as Samantha’s, as drama-driven as Olivia’s or as perfectly pitched as Don’s, they sure do make good television!

10. Movie Magic: What do Sandra Bullock, Ben Affleck, and Robert De Niro have in common? They’ve all portrayed PR practitioners on the big screen! If you haven’t seen PR take a starring role in Our Brand is Crisis (Bullock), Jersey Girl (Affleck), or Wag the Dog (De Niro), add these classics to your Netflix list ASAP. Whether or not you take away any practical lessons, it’s fascinating to watch a Hollywood portrayal of our profession.

11. Show Me the Money: Before you put the PR movie list away, jot down one more title: Jerry Maguire. Technically, Tom Cruise’s titular character is a sports agent, not a PR pro – hence its exclusion from our list above – but many of his skills align with the industry. From managing client relationships to pitching and marketing, Jerry Maguire is filled with PR wisdom.

12. The Father of PR: We’d be remiss if we didn’t mention Edward Bernays, known as the “father of public relations,” on this list! Some of his (in)famous work included promoting cigarettes to women by branding them “Torches of Freedom” and… toppling the Guatemalan government? It’s true! The United Fruit Company hired Bernays to run a PR campaign against Guatemalan president Jacobo Arbenz Guzman, ultimately resulting in the CIA-orchestrated overthrow of the Guatemalan government in 1954. (Source: PR Watch)

From ancient civilizations to modern-day movie magic, PR has certainly had a fascinating history. So, the next time someone asks you “what do PR people do?” pull out one of these nuggets from your back pocket and be the life of the party!