"Leave things better than you found them." - Everett W. Wilson

Sharon Y. Sim, founder of SKC, Inc., specializes in public relations and management consulting. Sharon brings a broad array of experiences as an entrepreneur, a senior practitioner at leading PR firms, as a media relations expert and as a television producer/journalist and writer to deliver results for her clients. Sharon was executive vice president at GolinHarris (a top 10 PR firm), and director of Panache, its Asian practice. She served as head of the San Francisco office, driving new business, marketing, media relations and servicing technology, financial, professional services and Asian-related clients with a team of talented PR professionals.

Prior to GolinHarris, Sharon was founder and president of Panache Communications for six years. Panache, an award-winning boutique agency, joined the GolinHarris network in 2006. Previously she was with WeberShandwick, the world’s largest public relations firm.

Born in Singapore, and having worked and lived in both Asia and the US, Sharon straddles both sides of the Pacific comfortably. She provides strategic and balanced perspectives to clients looking to bolster their business operations domestically and internationally.

Sharon graduated with a Masters in Professional Writing from the University of Southern California and a Bachelor of Journalism, Public Relations (Honors) from the University of Texas at Austin. She was a recipient of the Thomas Thompson Journalism Scholarship and the Weinberg Award for Excellence in Writing. She has a wide circle of networks and is fluent in various Chinese languages such as Mandarin, Hokkien, and Teochew. 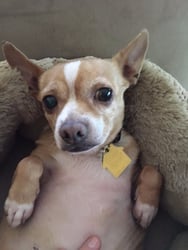 Lovely Lily, Sharon's chihuahua, has once been described by a seven-year-old as "the sweetest, gentlest. scared-iest little dog I've ever met!" Indeed, she smashes the incessantly yelping small dog stereotype through and through! 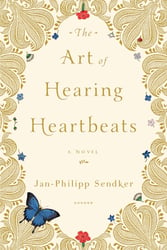 Just talking about this book transports Sharon again to not-often-written about Burma, to another time, and into intricate other lives. Here, a boy is blind, but he "sees" more than most, starting with his uncanny ability to hear the heartbeats of a crippled girl he would soon fall in love with... 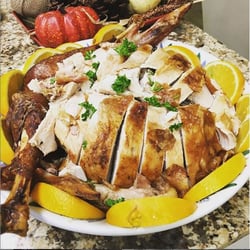 Besides wordsmithing stories, fiction, and nonfiction, cooking ranks high as one of Sharon's favorite pastimes. This picture is of the first Thanksgiving turkey she's made. From preps to pan to table, her most satisfying moment has to be when the peeps she feeds (including herself) take their first bites!