"Yes, but the opposite may also be true."

Jon has held sales, marketing, and/or business development management positions across a wide spectrum of technology-related businesses, spanning models and go-to-market strategies – with a focus on high growth. A serial entrepreneur, Jon has been a founder, executive, board member, and/or investor in seven start-ups or early-stage companies.

He co-founded SaaS (Software-as-a-Service) and enterprise software vendor Chuckwalla, a CXM (Customer eXperience Management) pioneer. He served as the Company’s Vice President Sales & Marketing for nearly two decades until it was acquired by NetXposure, Inc. (NetX) in 2017.

His career began at Microtek Lab, Inc., the US arm of Taiwan-based digital imaging developer Microtek International, Inc. (Microtek.) Ultimately serving as National Sales Manager for the Americas, during his tenure, Microtek grew to become the world’s largest manufacturer of desktop scanners and experienced a successful initial public offering (IPO.)

Belonging to his son Michael, Louie is an adorable Frenchie, the latest addition to Jon’s family – his most favorite thing of all. 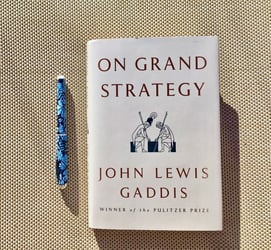 Strategy is the “why” behind all of the “whats” and “hows” of business. With the possible exception of “The Art of War”, no book better encapsulates the value of strategy, and the connection between the ends and means of aligning capabilities and aspirations. 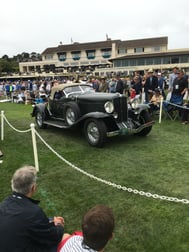 Afflicted at an early age, Jon has been addicted to everything automotive for most of his life. On most third Sundays in August, you can expect to find him here, at the nexus of the collector car hobby: The Pebble Beach Concors d’Elegance in Pebble Beach, CA.